Stablecoins were impacted and developed as a result of the enormous popularity that blockchain technology and digital assets are currently experiencing. Talking about the cryptocurrency industry would be incomplete without addressing stablecoins.

Stablecoins are digital currencies whose value is intended to be fixed to another cryptocurrency, fiat currency, or exchange-traded commodities like industrial metals or any precious metals.

Bitcoin is far too erratic. Bitcoin is inappropriate for daily use due to price volatility. We require a cryptocurrency that is equally decentralized as Bitcoin, but does not fluctuate in value every hour.

The market required a resource that could serve as both a store of value and a means of trade, with a value that would not fluctuate over time. For a digital asset to retain its purchasing power, there should be little inflation.

By linking themselves to a less erratic asset, e.g. gold or fiat money, stablecoins are able to maintain their stability. Stablecoins are the preferred cryptocurrency for institutional and retail users since they represent real money and provide price stability.

ZenGo X offer Ethereum wallet or ETH wallet, which is an application that will allow you to interact with your Ethereum account.

The first stablecoins were BitUSD and NuBits

In 2014, the first stablecoins were released. Instead of using fiat money as collateral, BitUSD and NuBits used other cryptocurrencies. These two initiatives are still active.

BitUSD was the first stablecoin ever created, according to CoolWallet’s Complete Guide to Stablecoins, which was published on July 21, 2014. On the BitShares blockchain, it was created as a token.

Bitcoin served as the collateral for BitUSD, which was backed by the BTS core token of BitShares. To serve as collateral, it was secured in a smart contract. It is also crucial to remember that BitUSD lost parity with the USD in late 2018, which led to a lot of backlashes. The live price fluctuates between 80 cents and a dollar.

When NuBits first came out in September 2014, it used the contentious Seigniorage method. This finally resulted in it losing 94% of its value. Many claims that this stablecoin serves as an instructive case study for how stablecoins actually operate.

Since its inception, NuBits experienced two significant crashes. 2018 and 2016, respectively. Nevertheless, it was able to increase in value to almost $1.20 at its peak. Investors’ worry and struggle to convert their Bitcoin into money led to it. It is currently only worth roughly 6 cents, which is much less than the $1 it should be worth.

The crash of NuBits taught us that stablecoin demand should rise during weak markets if the cryptocurrency system is functioning efficiently. In crypto bull markets, you might also anticipate seeing quick, consistent downward pressure on stablecoin prices. The aforementioned example demonstrates that market participants act logically.

Tether wallet was launched in 2014, which is a blockchain-enabled platform for facilitating the use of currencies in a digital manner. Also keep in mind that the holders of a token that is advertised as a stablecoin may take legal action if the peg fails. 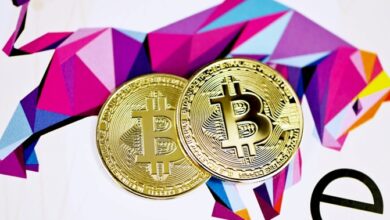 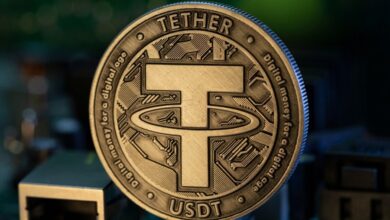